Our Firm
A.Z. Clarke Law was founded in 2006, serving clients in Brampton, Mississauga and much of the Greater Toronto Area. The main office has recently been moved to Hamilton, Ontario, Canada. We are a Hamilton Law Firm, however, we continue to meet the needs of clients across the province of Ontario. 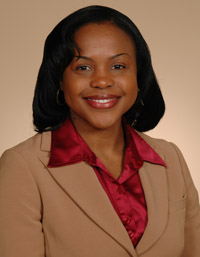 Ms. Clarke attended law school at the University of Windsor and was the recipient of the Delos Rogest Davis, K.C. Memorial Award. She graduated law school with a Bachelor of Laws (LLB) in June 2003.

After law school Ms. Clarke worked as part of the Change Management Team at CIBC Mortgages & Lending.  She has since continued her pursuit of law and after articling with a Mississauga law firm, was called to the bar of the Law Society of Upper Canada.

Prior to law School Ms. Clarke obtained her Honours B.A. in Political Science and Mass Communications from York University.  She ranked in the top 5% of the entire student body during her final year of undergraduate studies, making the Dean’s list for outstanding academic achievement.  Ms. Clarke subsequently enrolled in the M.A. program in Political Science at York University.

Called to the Ontario Bar (Law Society of Upper Canada)

Angeline Clarke has always been actively involved in the community and continues to be a mentor and role model.

Law Firm in the Community

NOTICE: The information and links contained on this website are intended only to be merely informative and are NOT intended to provide legal advice to any person/entity. Never rely solely on the information contained on this web site or on any third-party web site. Information and/or links may not apply or be appropriate to your situation and/or may be out of date. Any person with a specific legal question or legal problem should always consult with and seek the advice of a qualified lawyer. E.&O.E.